Bombay Beach Biennale At the Salton Sea’s shores, the Bombay Beach Biennale is a renegade celebration of art, music, and philosophy on western civilization’s literal edge. The Biennale, founded in 2015, transforms abandoned housing, vacant lots, and decaying shoreline into a unique canvas for creative expression. Artists, philosophers, creators, and makers across many mediums donate their time […] World of Matter: Mobilizing Materialities LandRush was on show as part of the World Of Matter exhibition Mobilizing Materialities at the Katherine E. Nash Gallery in Minneapolis in 2017: The five-channel installation featured the Dry West chapter of our research. It combined two large-scale projections with a series of short films on three monitors. In addition, two iPads featuring […] Museum der Arbeit The newest LandRush chapter Dry West was shown as a spatial six-channel video installation at Museum der Arbeit in Hamburg. In addition, we expanded this central exhibition with the new Moonscape series and the interactive LandRush iPad app to place Dry West into the global context of the larger project. The group […] World of Matter: Exposing Resource Ecologies LandRush opened in Switzerland with an exciting experiment, showing two chapters of the project, LandRush and Dry West, parallel in two galleries in two cities:  We installed Dry West as a five-channel video installation at COALMINE in Winterthur. In addition, we also premiered the Moonscape print series about water […] World of Matter: Mobilizing Materialities The Food Photo Festival is a bi-annual event that brings food photography professionals from all over the world to present their work, share experiences, discuss the latest trends, meet potential partners for new projects and participate in conferences and workshops.  We were invited to show a trim configuration of our […] 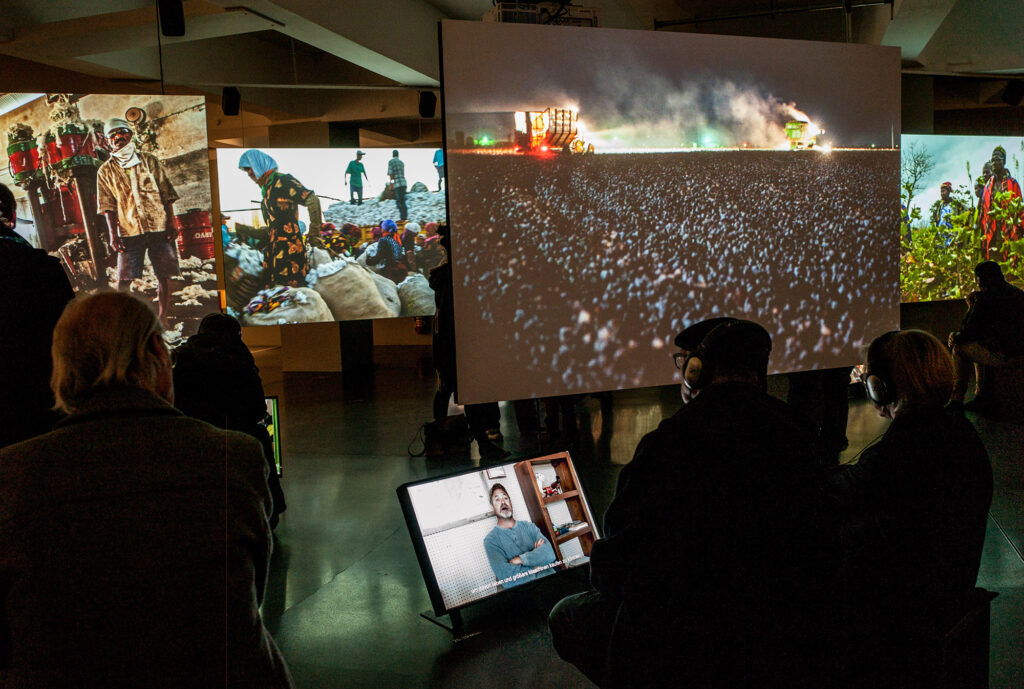 World of Matter: On the global ecologies of raw material The international research, exhibition, and online project World of Matter investigates raw materials and the complex ecologies of which they are a part. A multiyear endeavor, it was initiated by an interdisciplinary group of artists, photojournalists, and theorists who propose to expand public discourse about […]